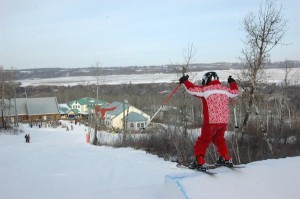 Asessippi Ski Area and Resort has received certification from the FIS for its Top of the World/Roller Coaster run.

Fédération Internationale De Ski, or the International Ski Federation, is the international organization that maintains standards in many areas of skiing, including alpine.

Asessippi received approval for its slalom course, certifying the resort for both ladies and men, with an official vertical drop of 117 meters and total length of 450 meters.

“We had worked with MB Alpine when we designed this course and knew we were eligible but having received the actual certification does feel like one more achievement,” said Spencer Reavie, president of Ski Asessippi Limited. “It gives our athletes the assurance and confidence that they are competing on an internationally approved course.”

Manitoba Alpine will host the Manitoba Cup at Asessippi from February 4-5 and return March 16-18 for the Provincial Finals.

The resort is located about four hours northwest of Winnipeg near the Manitoba/Saskatchewan border.