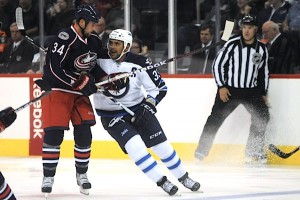 The game — set for Sunday, January 29 at Ottawa’s Scotiabank Place — will be Byfuglien’s second straight appearance in the All-Star line-up. The 26-year-old leads all Jets defencemen with 24 points (6g, 18a) in 35 games played this season. Byfuglien also led the team with 149,405 fan votes, helping him secure his position on the elite roster.