Amphibex Ice-Breaker Put to Work on the Red River 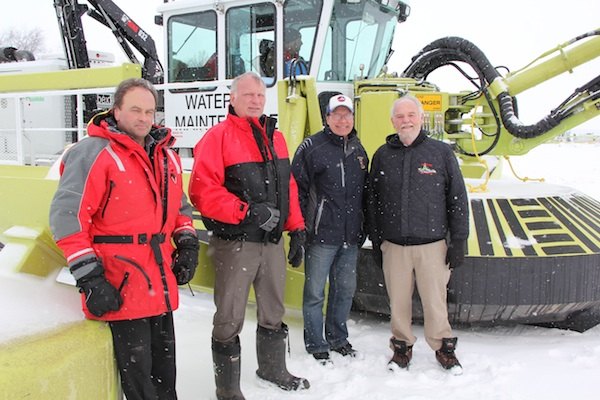 Officials with Manitoba Water Stewardship showed off the muscle of one of the province’s Amphibex ice-breakers on Tuesday.

During a photo-op in Breezy Point, one of four Amphibexes began the process of breaking up ice on the Red River to alleviate the risk of ice jams forming this spring.

The Amphibex was also kept busy on Monday, where it worked to break up ice near Netley Creek.

People are being asked to stay away from the machinery while it’s operational. Removal notices pertaining to ice fishers may also be posted near areas where crews are working.

The province unveiled their fourth Amphibex ice-breaker on February 10.