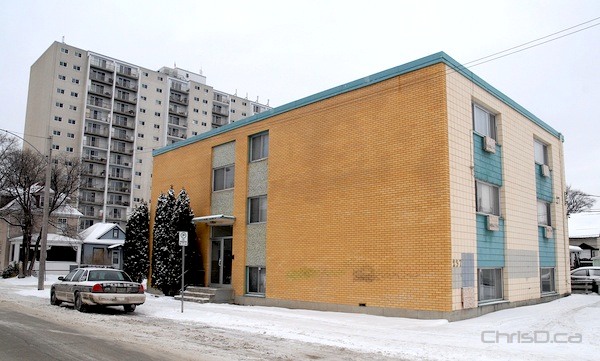 Winnipeg police investigate an apartment suite in the 200 block of Thomas Berry Street where a 42-year-old man is believed to have been killed. (STAN MILOSEVIC / MANITOBAPHOTOS.COM)

A 42-year-old Winnipeg man is the city’s fifth homicide victim of the year.

The remains of Darren Robert Monias were found in a dumpster in an alley behind an apartment block in the 100 block of Donald Street on Monday.

It’s believed Monias was killed in an apartment on Thomas Berry Street in St. Boniface before his body was dismembered and the remains thrown into a dumpster in the city’s downtown.

Police have charged Emery Miles McLeod, 38, of Winnipeg with one count of second-degree murder. McLeod is being held in custody at the remand centre.