U of M Scientist Trying to Clone Extinct Mammoth 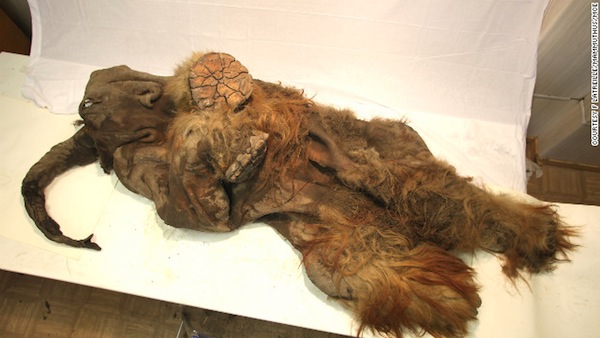 Scientists will attempt to clone this mammoth based on its minimal remains that have been preserved for around 10,000 years. (CNN.COM)

A University of Manitoba scientist is involved with the task of cloning a mammoth as part of a Discovery Channel and BBC television show.

Kevin Campbell, along with other scientists, are studying the remains of a butchered mammoth that occurred about 10,000 years ago.

Parts of the mammoth, nicknamed Yuka, were removed by Siberian settlers, including its organs, vertebrae, ribs, associated musculature, and some of the meat from upper parts of the legs. However, the rest of the species remained intact.

Due to the low temperatures in the area where its body was discovered, the remains of the species are the best-preserved of their kind.

Scientists figure the mammoth was between two- and three-years-old at the time it was killed by both lions and humans.

“This is the first relatively complete mammoth carcass — that is, a body with soft tissues preserved — to show evidence of human association,” Daniel Fisher, curator and director of the University of Michigan’s Museum of Paleontology, told Discovery News.

It could take years or even decades to clone the extinct species.

Yuka’s discovery will air as part of a TV show called “Woolly Mammoth,” produced by Discovery and the BBC.

— With files from CNN

← Previous: Jane Siberry to Perform at the WECC on May 6 Next: Jets Season Finalé a Celebration →
Tags: Animals | Science | University of Manitoba