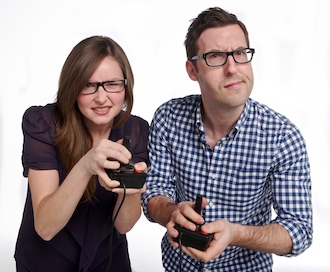 Two Winnipeg filmmakers are on a whirlwind tour since debuting their documentary at the 2012 Sundance Film Festival.

“Indie Game: The Movie” was created by Lisanne Pajot and James Swirsky, which centres around the making of video games.

Thanks to Adobe, the local duo is personally screening the film and doing Q&A’s on a 15-city U.S. tour.

“It’s been an amazing experience to hit the road and hand-deliver this film that we’ve been working on for the past two years,” Pajot and Swirsky said in an e-mail.

Besides their tour, the film will be opening in several more cities in May, including New York, Los Angeles, Seattle, San Francisco and Phoenix.

Canadian audiences will have a chance to attend screenings for one-night only on May 3. Winnipeg viewers can catch the documentary at SilverCity St. Vital. Tickets are available online.