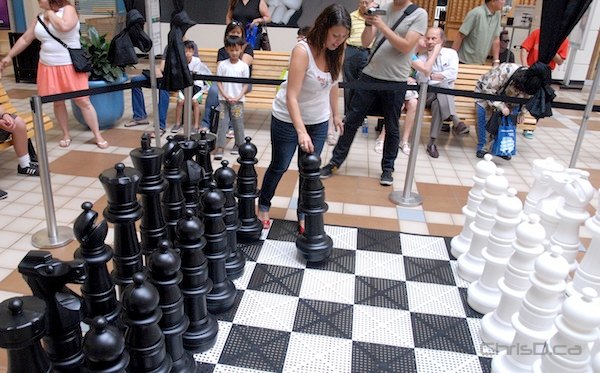 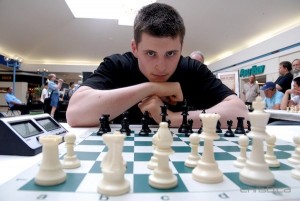 The new game will be available for mall patrons to try their hand at and features king pieces up to 36″ tall.

Five-time Manitoba chess champion Trevor Vincent, 22, took on anyone who was willing to try to out-play him following a ribbon cutting ceremony attended by city councillors Devi Sharma, Mike Pagtakhan, and Ross Eadie.

Garden City Shopping Centre once featured a popular chess square with large wooden pieces in a recessed pit located near the former Eaton’s department store. The pit was removed as part of the mall’s expansion project in 1998 to make way for the addition of the Canadian Tire and Winners stores.

The chess set was dedicated to the late Daniel Abraham (Abe) Yanofsky, who was Canada’s first chess grandmaster and former mayor of West Kildonan.

← Previous: Motorcycle Ride to Fundraise for Manitobans with Disabilities Next: Man Breaks Into Home While Lone Female Resident Asleep →
Tags: