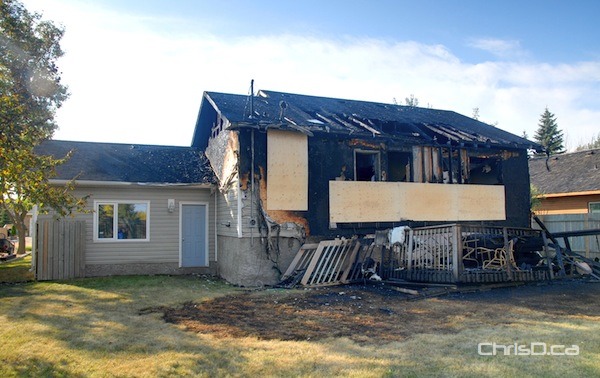 Damage is estimated at $100,000 in a fire that damaged a home in Fort Whyte area overnight.

The fire began at around 3 a.m. in the 100 block of Sigma Avenue near McGillivray Boulevard.

The fire is believed to have started in the rear of the home, which suffered the most damage. It’s expected to be a total loss.

The Office of the Fire Commissioner is investigating the cause.

← Previous: Country Star Dean Brody to Play the Burt in February Next: QX 104, FAB 94.3 to Be Sold Under Bell-Astral Deal →
Tags: Fire