Three Bisons Nominated for Athlete of the Year Awards 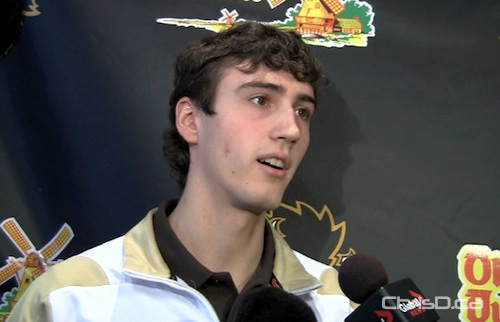 Three University of Manitoba student-athletes have been nominated as 2012 finalists in the athletes of the year category by the Manitoba Sportswriters and Sportscasters Association.

Pischke, 22, had an amazing year both at the conference and CIS level in his fourth year at Manitoba during the 2011-12 season. The Winnipeg native was named the 2011-12 Bison Male Athlete of the Year.

Wytinck, 21, had a breakthrough season in 2012. He was awarded Golf Manitoba Amateur Golfer of the Year Award for the first time after he won the 2012 Nott Autocorp Men’s Amateur Championship in a four person playoff.

Scott, 25, represented Canada and was part of the bronze medal Canada women’s soccer team at London 2012 Summer Olympics. She started and played every minute for Canada at the midfielder position during the Olympics during the six matches.

The winners will be announced at the 57th annual Manitoba Sportswriters and Sportscasters Association Dinner at the Winnipeg Convention Centre on Sunday, January 27, 2013.