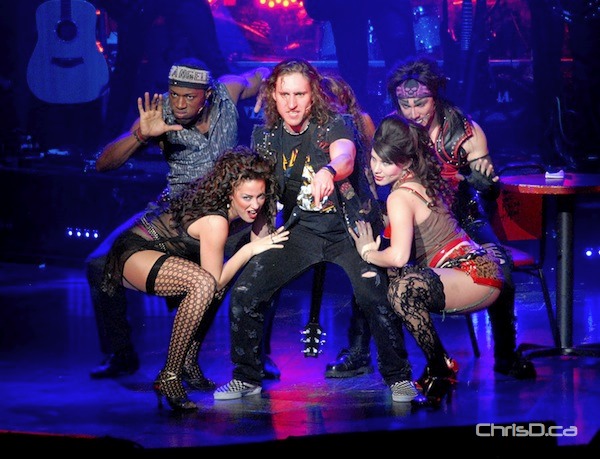 Rock of Ages at the Centennial Concert Hall on Tuesday, December 11, 2012. The productions runs until Thursday. (STAN MILOSEVIC / CHRISD.CA)

It was a packed house for the touring spectacle, being put on by Broadway Across Canada. The show features covers from such hits as Journey’s “Don’t Stop Believing,” to renditions of hits from Night Ranger, Styx, Pat Benatar, Twisted Sister, and others.

Tickets for the show, which runs until Thursday, December 13, are available at Ticketmaster.