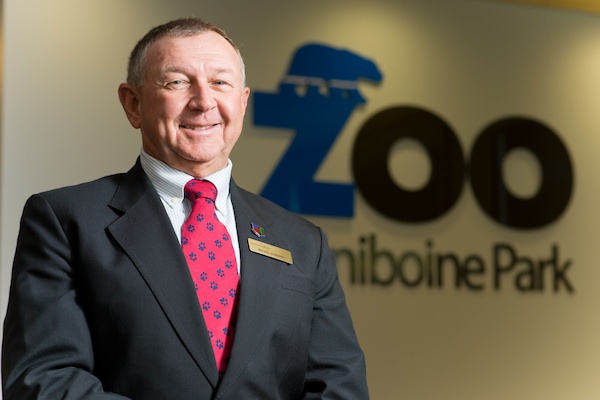 Joseph replaces Tim Sinclair-Smith, who announced his resignation in May to return to his native Australia.

Joseph comes to Winnipeg with more than 40 years of experience in public and privately operated aquariums, museums, nature centres and zoos throughout the United States. Most recently, he was the executive director for the Living Coast Discovery Center in Chula Vista, California. Oddly enough, the center announced today it is closing due to a $200,000 budget shortfall.

“The plans for Assiniboine Park Zoo are extraordinary and I’m very happy to be joining such a great team of people here in Winnipeg,” Joseph said in a release. “It’s such an incredibly exciting time for the zoo right now and I’m really looking forward to being a part of it.”

Don Peterkin, chief operations officer for the Assiniboine Park Conservancy, said being able to attract someone of Joseph’s caliber says a lot about how far the organization has come in the zoo community.

“His unique and extensive background make him a very sought after individual so this is a real coup for us,” Peterkin said.