Home » Sports » Katz to Be Inducted into Baseball Hall of Fame

Katz to Be Inducted into Baseball Hall of Fame 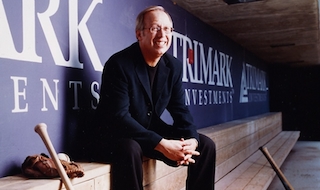 Winnipeg Goldeyes owner Sam Katz will be inducted into the Manitoba Baseball Hall of Fame this summer.

Katz, who is also Winnipeg’s mayor, purchased the expansion franchise in 1994 while it was part of the Northern League.

“This is an incredible honour for me and the entire Goldeyes organization,” Katz said in a statement. “We have received tremendous support from the baseball community across the province during the past two decades and it is a privilege to be recognized in this way.”

Katz’s induction as a builder will take place during a dinner on June 7 in Morden, Manitoba.

The Goldeyes open their 2014 season May 9 on the road before hosting their home opener on May 26.