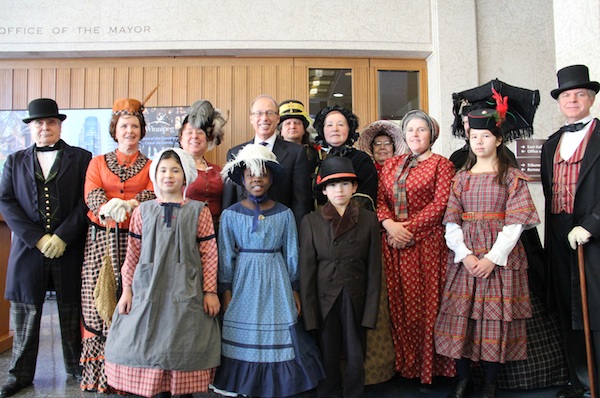 Members of the Manitoba Living History Society were on hand to join Mayor Sam Katz in telling the story of how the city operated back then.

“This anniversary gives us the chance to learn about our past and pay tribute to the first members of council who set forth some of the procedures that still remain in place today, such as three readings of by-laws,” Katz said. “It’s fascinating to see how much has changed and how much has remained the same.”

The first meeting of council took place on January 19, 1874 in a rented room on the second floor of Bentley’s Store, located just north of what is now Portage and Main. Although they met regularly, council didn’t have a permanent home until the opening of Winnipeg’s first City Hall building in 1876.

The city says members of the public can have a look at historical materials from the “cornerstone casket,” which will remain on display in the mayor’s foyer until January 31.