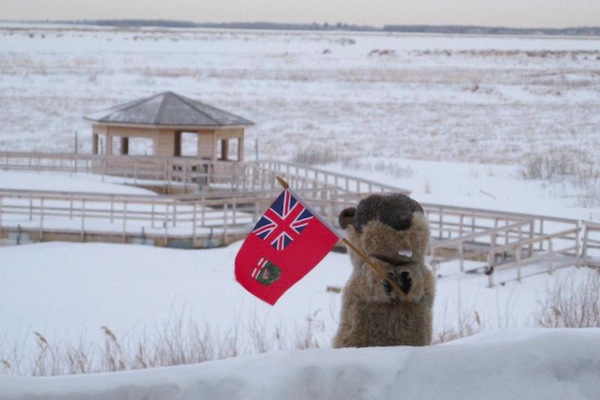 Manitoba Merv is predicting an early spring this year. (HANDOUT)

Manitoba’s unofficial groundhog came out of his burrow on Sunday, looked around briefly, but wasn’t able to see his shadow.

In spite of a cold and snowy winter, Manitobans will have an early spring this year, according to the groundhog.

“As Merv hurried back to his den he assured us that spring will come sooner rather than later and he expects the geese to officially mark the arrival of spring,” Jacques Bourgeois of Oak Hammock Marsh said.

Sunday also marks World Wetlands Day at the Marsh — a celebration of the importance of wetlands around the world.