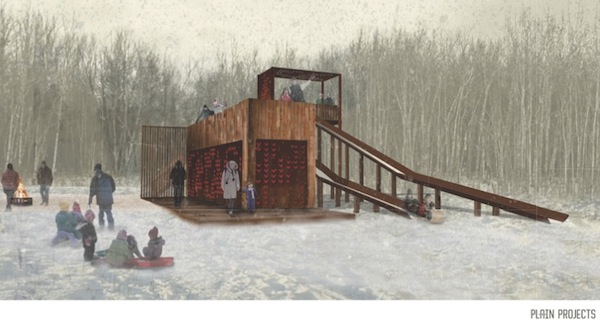 An artist’s render of planned toboggan slides and a warming shelter for St. Vital Park. (HANDOUT) 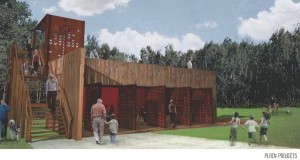 In the dead of winter, what better way to pass the time than by going tobogganing?

St. Vital Park is getting two new toboggan slides and a four-season shelter to keep visitors out of the elements.

The city and province announced the $63,400 project on Thursday, one day after Environment Canada confirmed Winnipeg is in the middle of its coldest winter since 1979.

The two slides — both of varying height — and year-round shelter will replace the existing, aging toboggan slides.

Inspiration for the shelter’s walls, which feature a series of cutout V’s, came from a Mary Maxim sweater pattern which originated in Manitoba. The cutout V’s represent knit stitches.

The project will be completed by the 2014-15 winter season.