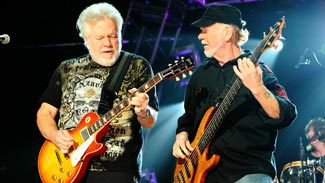 A local radio station is rounding up congratulatory phone calls as Bachman-Turner Overdrive prepares to be inducted into the Canadian Music Hall of Fame.

BTO will receive the honour at this year’s Juno Awards, which will be held in Winnipeg on March 30.

FAB 94.3 has set up a special phone line for people across the country to leave their well wishes for the band.

“We set out to get a few calls we could play on the radio, but we’re astounded by the outpouring of support for BTO — the phone doesn’t stop ringing,” said program director Janet Trecarten.

Besides BTO’s fans, Mayor Sam Katz and Premier Greg Selinger have also called to leave their messages. The calls will be played on air later this month before being sent to Randy Bachman.