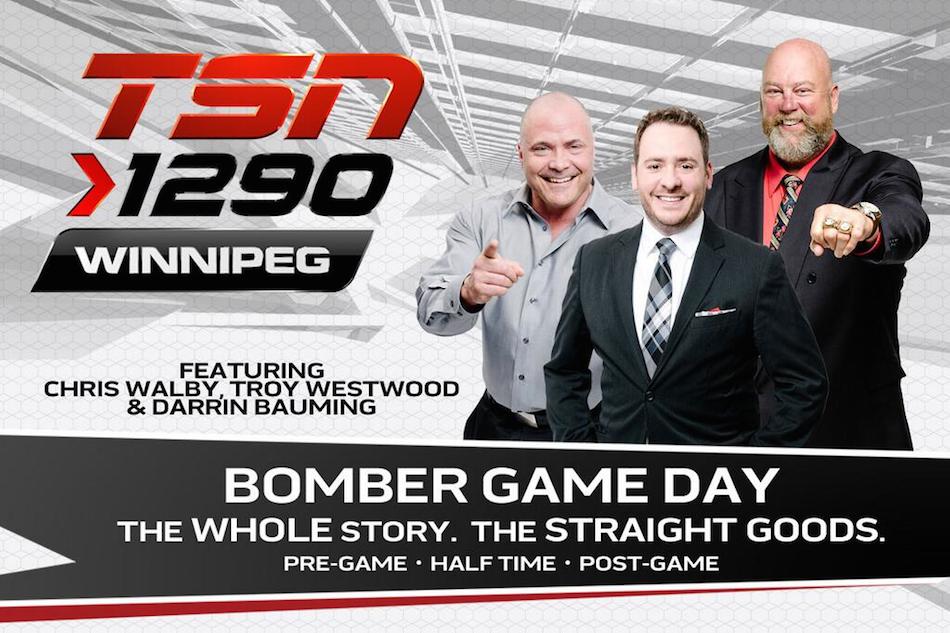 TSN 1290 is attracting football fans to the radio dial this season by increasing its coverage of the Winnipeg Blue Bombers.

Known as the “home of the Winnipeg Jets,” the Bell Media-owned station will include a two-hour pre-game show with extensive half-time analysis and post-game coverage.

“I’m so excited for this show because there’s going to be no B.S.,” Bauming said. “There’s going to be just the straight goods and we’re going to deliver it in a dynamic fashion. The experience — both broadcasting and football — that come from Chris Walby and Troy Westwood… I’m just going to be there to make sure we’re going in the right direction and that we’re hitting on the important topics of this football team.”

Bauming has been covering the Blue and Gold every day during the off-season and recently made the trek to Bradenton, Florida to cover the Bombers’ minicamp.

Following the broadcasts, Bauming will file for ChrisD.ca to bring you a comprehensive post-game recap from the Bombers all season long.