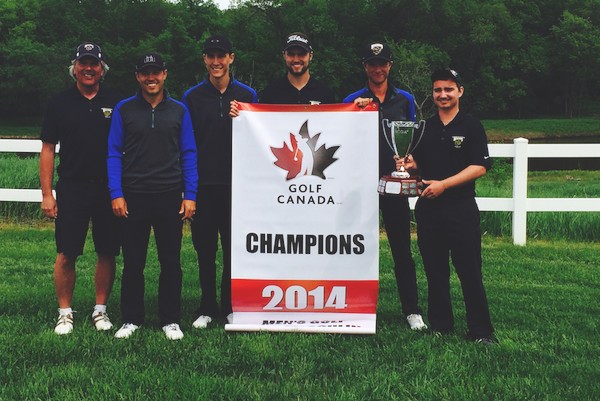 The Manitoba Bisons men’s golf team are champions on the links.

After the fourth and final round of the tournament, the men’s golf team held onto their third round two stroke overall lead and won the team title with a +5 (293-287-285-292=1157) score in the team standings.

“We had lots of great teams over the years but this is the hardest working team and it is a great feeling to see all their hard work pay off with this success,” said head coach Garth Goodbrandson “They really deserved this victory. After the way they handled themselves in the third round, we had all the confidence in the world going into round four.”

It’s the first time the Herd has captured the title since it originated in 2003.

The Bisons finished the national event as they widened their two stroke advantage to a 12 stroke victory over defending champion UBC.