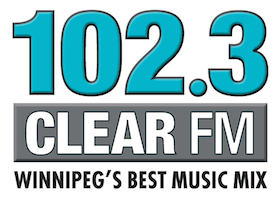 Some movement behind the mic at Winnipeg’s 102.3 Clear FM as the station switches up some of its on-air talent.

Nesta Matthews will move from afternoons on sister station 92 CITI FM to join Joe Aiello on “The Joe Show” weekday mornings. Matthews will assume her new position once she returns from maternity leave.

The Rogers-owned station recorded a 6.5 share in the latest spring ratings book released in May — down from 7.1 during the same period last year.