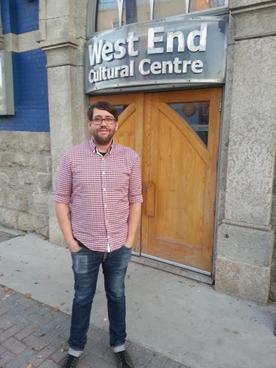 The West End Cultural Centre has a new general manager at the helm.

The WECC has announced Jack Jonasson will assume the role effective October 6.

Jonasson has 15 years of music experience with a broad perspective that encompasses the artist, management, promotion, booking, venue management, and business facets of the industry.

“The first show I ever booked myself was in this room back in 1999, and it has been an integral part of my musical history ever since I set foot in the doors for the first time back in 1995,” said Jonasson, who also happens to be a musician.

Jonasson performed most notably with Novillero and The Paperbacks, and managed the business affairs for each.