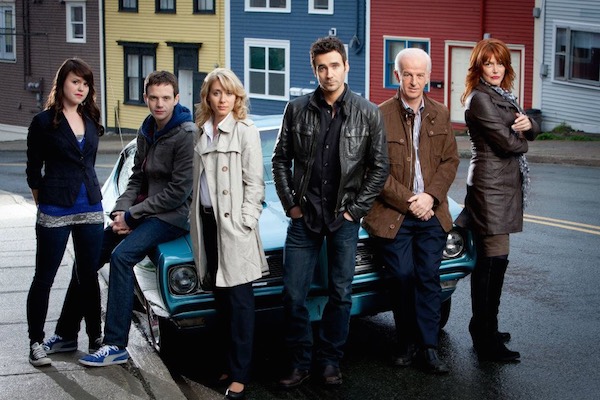 WINNIPEG — Jake Doyle will put on his Bellstaff motorcycle jacket, hop into his GTO and drive off onto the streets of Newfoundland and Labrador for the last time as the sixth and final season of “Republic of Doyle” airs.

The season picks up after the shocking season five cliffhanger, which left the future uncertain for Jake (Allan Hawco) and Leslie (Krystin Pellerin).

“The idea was we wanted to present an ideal life for Jake and Leslie. We wanted the audience to feel like it was either in Leslie’s head, in an altered reality, or in some sort of afterlife,” said Hawco, while recently in Winnipeg.

“When we flash cut to Jake in the harsh reality of what’s actually happening, she’s in the hospital not being able to breath or live. We don’t know what’s about to happened and Jake’s facing a lifetime in prison.”

After six seasons, star, writer and creator Hawco wanted to end the show on a high note before burning out creatively or getting cancelled.

“That would be miserable,” said Hawco. “Going out on your own terms like this, you get to create your own story.”

Hawco said fans and supporters were in the forefront of their minds when finishing the show.

“We did our best with what we think we wanted to do. I feel like it’s not going to be an ending that people will expect, but I think it’s something that they will feel is not to far away from what the show is at it’s core.”

Hawco said co-show runner, Perry Chafe planned to seed out the plot throughout the entire season, in a serialized way, while still maintaining its episodic week-to-week adventures.

“It’s a bit of a ride for the whole season. Because its only 10 episodes, it’s almost in some ways like a 10-hour film, with everything you love about “Republic of Doyle” with hopefully more substance to it.”

“Republic of Doyle” airs Wednesdays at 9 p.m. ET on CBC.