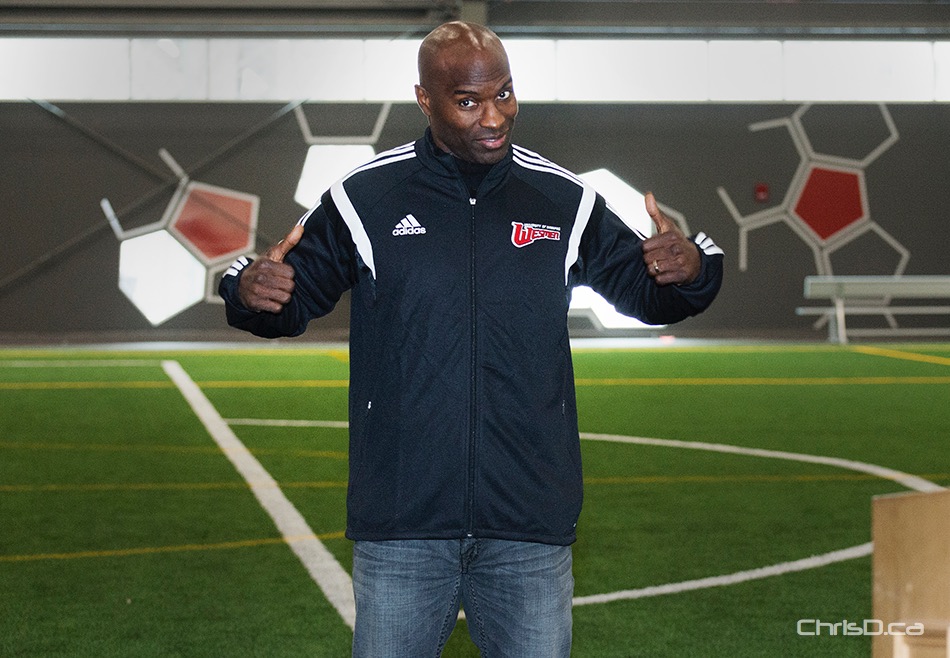 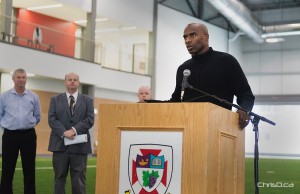 Former Winnipeg Blue Bomber Milt Stegall will head up a new high performance football skills camp at the University of Winnipeg next spring.

Stegall played 14 years in the CFL and is now an analyst on TSN. He’ll use his knowledge of the game to coach players aged 13 to 17 in the quarterback, receiver and defensive back positions.

“Everyone knows how much I love Winnipeg, and how well this city has treated me, and I can’t wait to come back and coach these young players,” Stegall said during a news conference on Friday.

The camp is also partnering with Football Manitoba, and the Boys and Girls Club of Winnipeg, with a portion of the registrations going to assist the club’s youth activities.

“We are thrilled to partner with Milt on his high-performance skill camp,” said Shawn Coates, executive director of Football Manitoba. “Any time we can help improve the skills of young athletes with someone as talented as Milt Stegall, we will do so. We are excited about being involved in this worthwhile event.”

The camp will be held May 23-24, 2015 at the new UWinnipeg United Health and RecPlex. It will conclude with an awards banquet and keynote speeches from Stegall and special guests.

Camp registration will open in mid-January at FootballManitoba.com.