100 Years of Manitoba Hockey on Display in New Exhibit 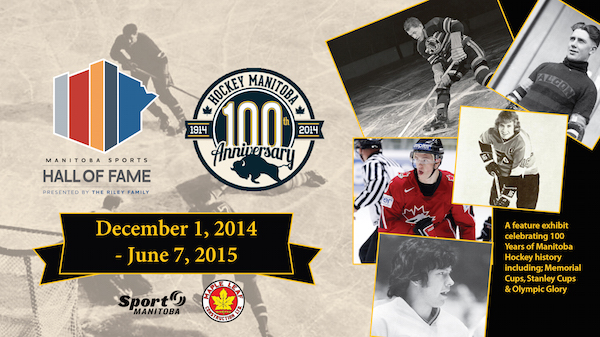 A new exhibit at the Manitoba Sports Hall of Fame is celebrating 100 years of hockey.

As part of the exhibit, a My Manitoba Hockey Moment wall is featured, landing the seven- and eight-year-old Corydon Comets, members of a local hockey team, as the first to add their moments to the wall.

Also on display is a collection of Stanley Cup rings spanning seven decades, including those of McDonald, Brian Engblom, Dave Semenko, Mike Keane and Jonathan Toews. Olympic medals, the Patty Kazmaier Memorial Trophy and the Avco Cup are a few of the other attractions. It will also soon include Terry Sawchuk’s goalie mask on loan from the Hockey Hall of Fame.