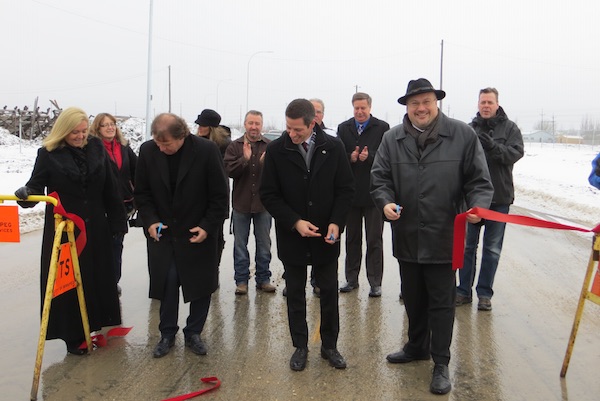 A new street to improve east-west travel in the Transcona area is finally open to traffic.

The city fully funded construction of the new street and officially opened it during a ribbon-cutting ceremony by Mayor Brian Bowman and Transcona Councillor Russ Wyatt.

“This type of infrastructure improvement is critical as we continue to build a modern, thriving city,” Bowman said in a statement.

Along with Transcona Boulevard and Peguis Street — to be fully paved by this summer — it will have one of the longest LED overhead street light systems in the city.

The construction of Transcona Boulevard is part of the Transcona West Road Enhancement Project.