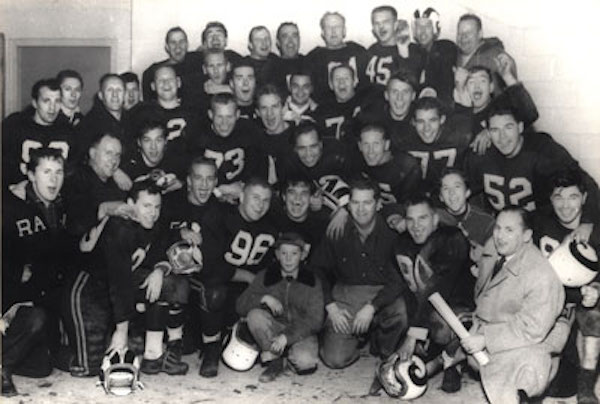 Two athletes and a team will be inducted into the Manitoba Sports Hall of Fame this spring.

George Wilson will be inducted posthumously in the all round category for his key role in the basketball dynasty of the 1920s and 30s that was the Winnipeg Toilers.

Nick Miller will be inducted as an athlete in football. Miller excelled in soccer, basketball and football and won four Grey Cups with the Winnipeg Blue Bombers.

The 1954 Winnipeg Rams will be inducted in the team category for their Canadian Intermediate championship win in the sport of football. The squad defeated the Peterborough Orfuns at the Winnipeg Stadium on November 20 when a late game interception in the end zone preserved a 16-12 victory for the home team.

The inductions will take place April 25. Public tickets are $40 each and available through Sport Manitoba’s website.