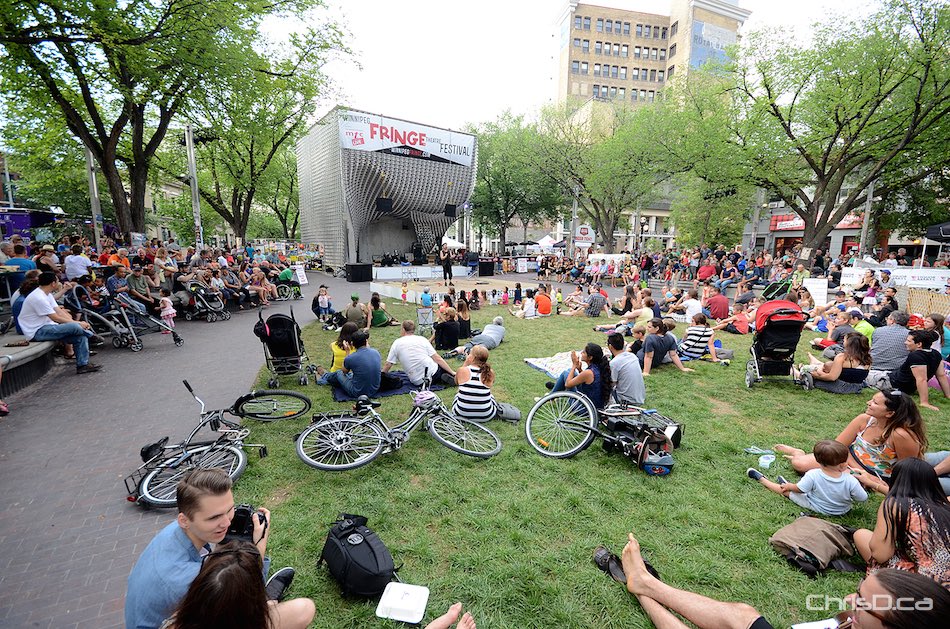 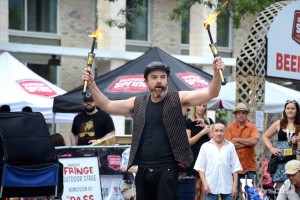 Organizers say they had a record-breaking opening weekend, despite threats of some unfavourable weather.

At the Fringe this week:

• Children of all ages can enjoy the festival from noon until 6 p.m. at Kids Fringe, located next to the Paterson GlobalFoods Institute in Old Market Square.

• Grab a drink in the Okanagan Beer Spring Tent or Liquor Mart Patio and listen to featured bands nightly starting at 10 p.m., which include Yes We Mystic, the JD Edwards Band, A Waste Odyssey, the Dirty Catfish Brass Band and DJ Mama Cutsworth.

• The Manitoba Association of Playwrights will present The Harry S. Rintoul Memorial Award on the Outdoor Stage on the last night of the festival. The award is presented for the best new Manitoban play.

The Fringe Festival runs until July 26.