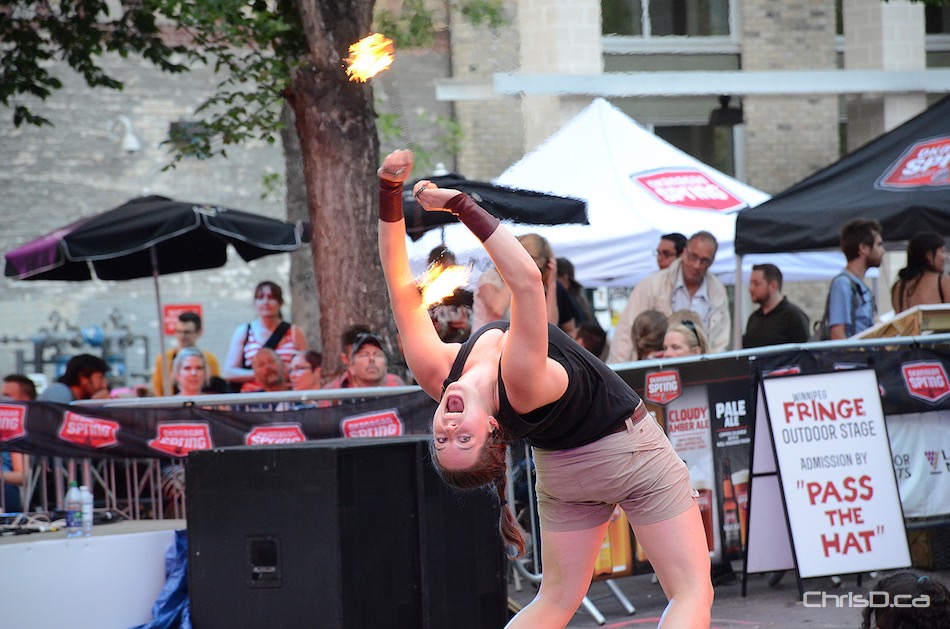 Organizers of this year’s Winnipeg Fringe Theatre Festival are smiling wide after a record-setting event.

Attendance, box office revenues and the number of shows included were all up compared to previous years.

Daily attendance records were broken on seven out of 12 days, with 237 sellouts and $800,142 in box office revenue that was returned to the performing companies. The festival featured a record 181 companies and 182 indoor shows in 32 different venues.

“Every year, we continue to be amazed and so thankful that Winnipeggers and the performing companies come out in record numbers to support the Fringe Festival,” said executive producer Chuck McEwen. “Even after 28 years, we still see people experiencing Fringe for the first time and we can only hope that they help us to continue to grow the festival for future years.”

Next year’s Winnipeg Fringe Theatre Festival will run from July 13 to July 24, 2016.