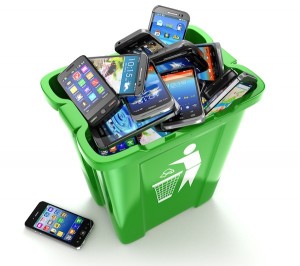 The efforts by students at St. John’s-Ravenscourt School has landed the Winnipeg school with $500 towards its green initiatives.

The school was part of the nationwide Recycle My Cell Student Challenge, where students collected as many old wireless devices as possible, including cell phones, smartphones, pagers, accessories and cell phone batteries.

Students from 75 schools across the country took part between October 19 to November 18, 2015. The winners were announced Tuesday.

More than 2,600 wireless devices along with 308 kilograms of wireless accessories and batteries were collected nationwide.

“Canada’s youth continue to demonstrate that they will indeed be the generation of environmental responsibility,” said Bernard Lord, president and CEO of the Canadian Wireless Telecommunications Association (CWTA). “Their leadership today will definitely pay great dividends in keeping Canada green for generations to come.”

The winning schools in the 2015 Recycle My Cell Student Challenge are: