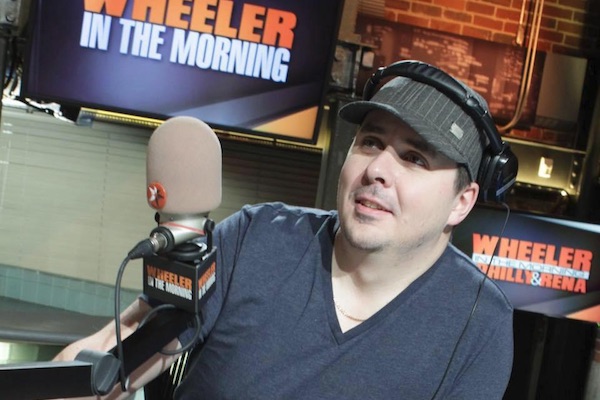 Dave Wheeler of 92 CITI FM has been suspended after two controversial music videos were published on Monday. (TWITTER) 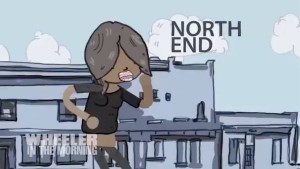 A screengrab from one of the videos posted by 92 CITI FM on Monday. (YOUTUBE)

A popular Winnipeg radio personality has been suspended after two controversial music videos were posted to social media on Monday.

Dave Wheeler, host of “Wheeler in the Morning” on 92 CITI FM, was not on the air Tuesday after “Transcona Girls” and “North End Boy” were uploaded by the station to YouTube. Social media was quick to pounce, calling the videos “racist,” “sexist,” and offensive to the city’s indigenous community.

The songs accompanying the videos were created and originally aired two years ago, but the animation was recently produced. The content includes such lines as, “North End daughters really like to stab and steal your bike, and the Wolseley girls with their hairy pits, they keep their girlfriends warm at night.”

The other video includes this line: “Well there’s holes in the wall and blood stained red, I try to fall asleep but I got no bed, I go outside try not to end up dead, thank God I’m a North End boy.”

After a public uproar, 92 CITI FM said in a tweet that as per their program director’s wishes, the videos were removed.

Wheeler issued an apology Tuesday morning, as read by his co-host Rena.

“I want to apologize to all our loyal viewers, listeners and the city of Winnipeg for our two videos posted online yesterday. They were insensitive and went too far. We love our city, we live and work here like all of you. I never meant to offend the great people of Winnipeg, for that I am truly sorry,” his statement said.

“Everyday we try and entertain our audiences, but sometimes it can go too far, and that’s what happened yesterday. There comes a point when something intended as a joke just isn’t funny. Our community has gone through a lot and called a lot of things.

The best thing we can do right now as a community is come together and build each other up. We have heard the concerns of our community clearly and apologize for the videos that were offensive and in poor taste.”

A Facebook group has organized a protest outside of the radio station in Osborne Village for 1 p.m. today and calls for Wheeler’s termination. A YouTube channel called “Fire Dave Wheeler” has also re-uploaded the videos for people to see since they were taken down from the station’s page.

1: I want to apologize to our loyal viewers, listeners, and the city of Winnipeg for the two videos that were posted on our site yesterday.

2: They were insensitive and went too far. We love the city – we live and work here like all of you.

3: We never meant to offend the great people of Winnipeg, and for that I am truly sorry.