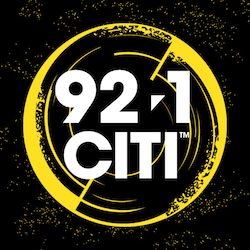 Winnipeg rock station 92 CITI FM is now a name of the past.

The Rogers-owned station unveiled a rebrand on Wednesday, calling itself simply 92-1 CITI.

The new name also came with a new logo and colours, mimicking a record disc.

Announcer Mark Morris explained the changes to listeners on the station’s Facebook page (watch below).

Besides the new look and website, the station’s format and on-air talent roster will remain entirely the same.

Sister station KiSS 102.3 also pulled the covers back on its new look.