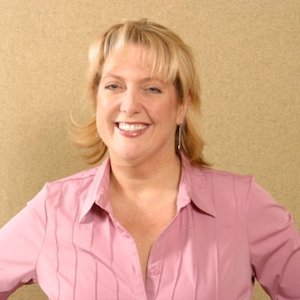 WINNIPEG — Caroline Hunter just can’t keep herself away from the microphone.

The veteran radio broadcaster is coming out of retirement to join the on-air team at 99.9 BOB FM.

Hunter spent 16 years at QX 104 before resigning from the morning show in 2011. Winnipeggers have still been able to hear Hunter’s voice at Winnipeg Blue Bombers games in her role as stadium announcer.

She has also worked with Winnipeg Harvest in communications and development since 2013.

Hunter will begin at BOB on October 11 and will make periodic on-air appearances leading up to her midday show from 10 a.m. to 2 p.m. 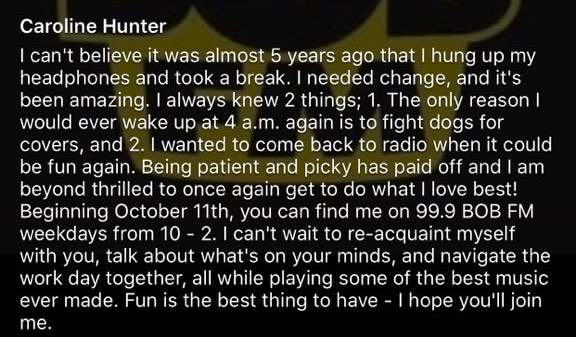 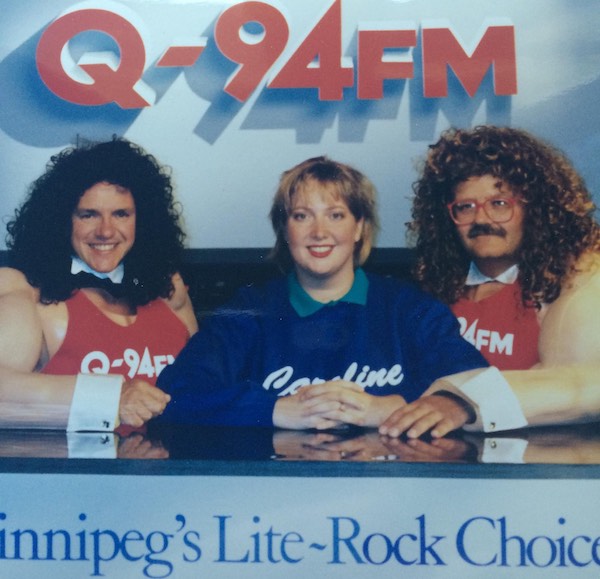 Caroline Hunter with Beau and Tom during her time at Q-94FM. (FACEBOOK)