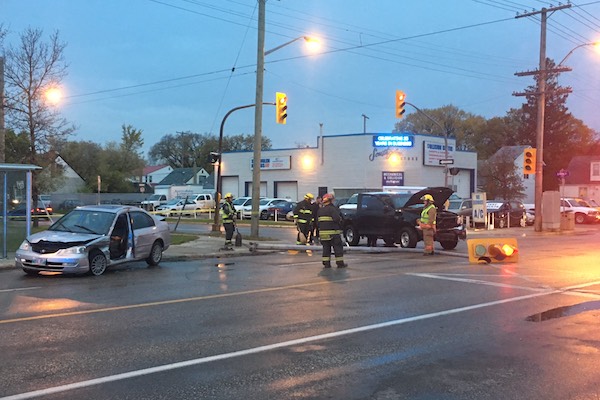 Two vehicles were involved in an accident at the corner of Erin Street and Sargent Avenue on Tuesday, October 4, 2016. (SUBMITTED) 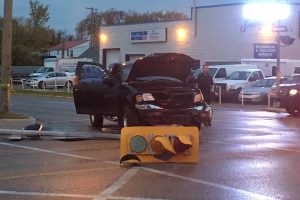 A light standard was knocked down Tuesday morning after a two-vehicle crash at the corner of Erin Street and Sargent Avenue. (SUBMITTED)

WINNIPEG — Three people were taken to hospital Tuesday morning after a two-vehicle crash in the city’s West End.

The crash between a car and a pickup truck happened shortly after 7 a.m. on Erin Street and Sargent Avenue.

Emergency crews had to free the occupants of the Acura sedan with the jaws of life. The collision also knocked out a light standard.

Two of the people injured were listed in stable condition, while a third was listed in critical.