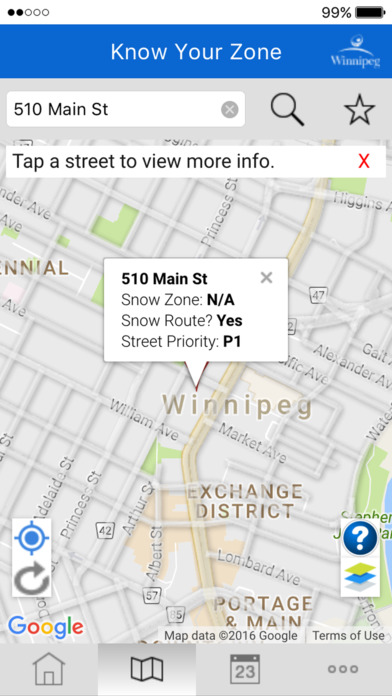 Better late than never. The City of Winnipeg has finally launched a Know Your Zone app to help motorists avoid parking tickets when it comes to leaving their vehicles in snow-clearing zones.

When a residential parking ban is in effect, residents can consult the app to find out if their zone is within the ban.

The app uses GPS to locate your specific location and display the snow zone letter for that area.

If enabled, push notifications will also send you a message when a residential parking ban is declared for the addresses saved as favourites. The app also links to descriptions of all five winter parking bans, and an “in effect” page that indicates which winter parking bans are currently declared.

The app was developed by City of Winnipeg staff and is available as a free download from the App Store. Android users will have a version in the Google Play store at a later date.