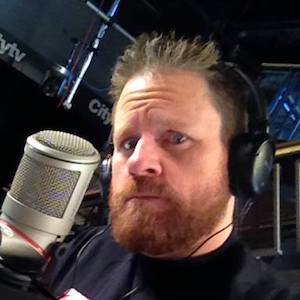 WINNIPEG — Three’s a crowd for the Power 97 morning show with the addition of Phil Aubrey to the mix.

Better known as simply Philly, Aubrey was most recently part of the “Wheeler in the Morning” gang on 92.1 CITI.

Aubrey will be joining Joe Aiello and Randy Parker, but will be no stranger to the 97.5 FM frequency. Before joining CITI, Aubrey, Dave Wheeler and Rena Jae resigned from Power 97 in 2012 amid a contract dispute.

The three soon turned up on the city’s competing rock station and later replaced City’s “Breakfast Television” to bring their radio show to a TV audience.

Aubrey will be on the air beginning Monday, November 28.

(1/4) As some of you may know, I’ve decided to leave 92.1 CITI to pursue another opportunity. I don’t take this decision lightly…

(3/4) I feel like it’s the right time for a change. An opportunity has arisen that will allow me to grow as a person & a broadcaster…

(4/4) With that I am excited to announce that I’m joining @joeaiellowpg & @randyparker97 on the @power97wpg morning show starting NOV 28!