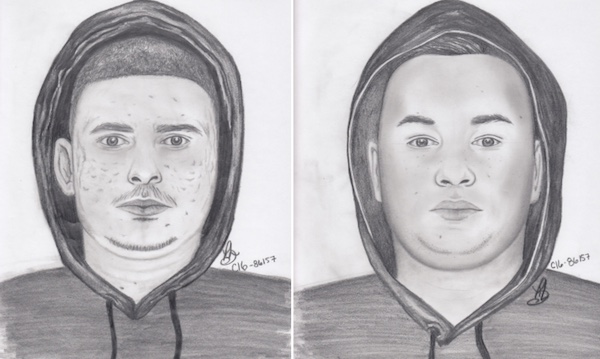 Two suspects wanted in relation to a pharmacy robbery in the 2500 block of Portage Avenue on May 1, 2016. (WPS / HANDOUT)

Winnipeg police are looking for two men alleged to have robbed a pharmacy on May 1, 2016 in the 2500 block of Portage Avenue.

Police say the two men confronted staff and demanded merchandise before fleeing. No one was injured in the robbery.

Attempts were made by the suspects to conceal their identity, but they were spotted without their disguise exiting a black Dodge Avenger in a nearby residential area fleeing on foot.

The two suspects are described as: