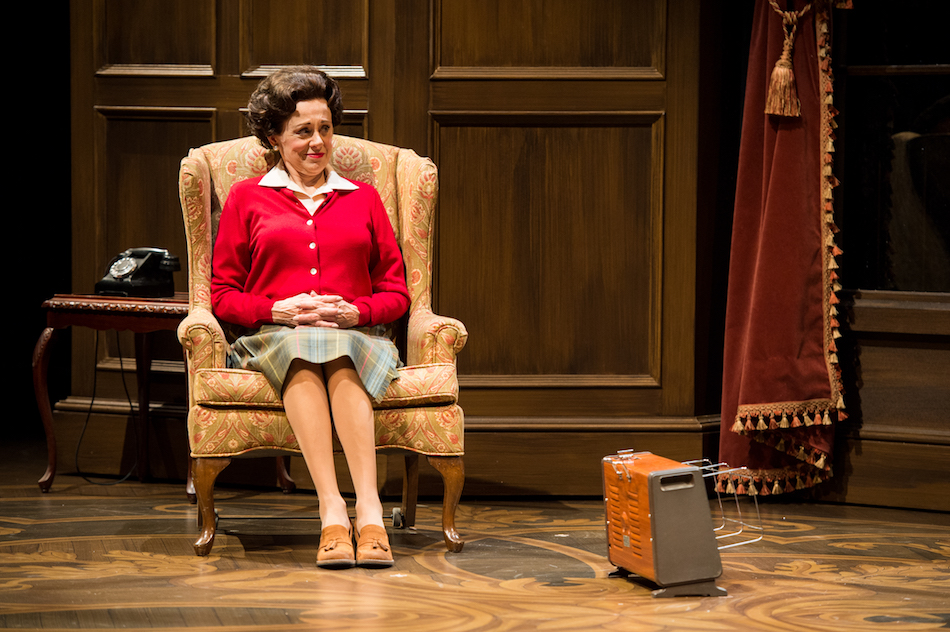 WINNIPEG — It’s sort of rare that someone of my generation cares about the British Monarchy. The Queen is on all of our money and we see Prince George and Princess Charlotte looking cute on Instagram, but the royals don’t affect our lives very much, so it’s understandable why some people don’t care. I am not one of those people. My name is Diana, let’s get real.

I’m that person that got up at 4 a.m. to watch the Duke and Duchess of Cambridge’s wedding and who spent hours watching the newsfeed of the hospital door that the future king emerged out of as a tiny baby three years ago. I grew up immersed in royal culture. But I get that a lot of people think the monarchy is outdated and unnecessary. Queen Elizabeth II is not immune to these thoughts either, at least not in the Royal Manitoba Theatre Centre’s production of “The Audience.”

The play is structured around Elizabeth’s time as Queen, from her coronation ceremony up to as recently as last year (it’s all pre-Brexit) — although not necessarily in that order. Every week, the Queen meets with the Prime Minister, who debriefs her on what happened that week and what’s in the near future. Her Majesty advises and they part until the next week. This has happened for the last 64 years. That’s roughly 3,300 20-minute meetings, give or take — the equivalent of nearly 46 straight days in a meeting. Remember that next time your staff meeting goes over 10 minutes. 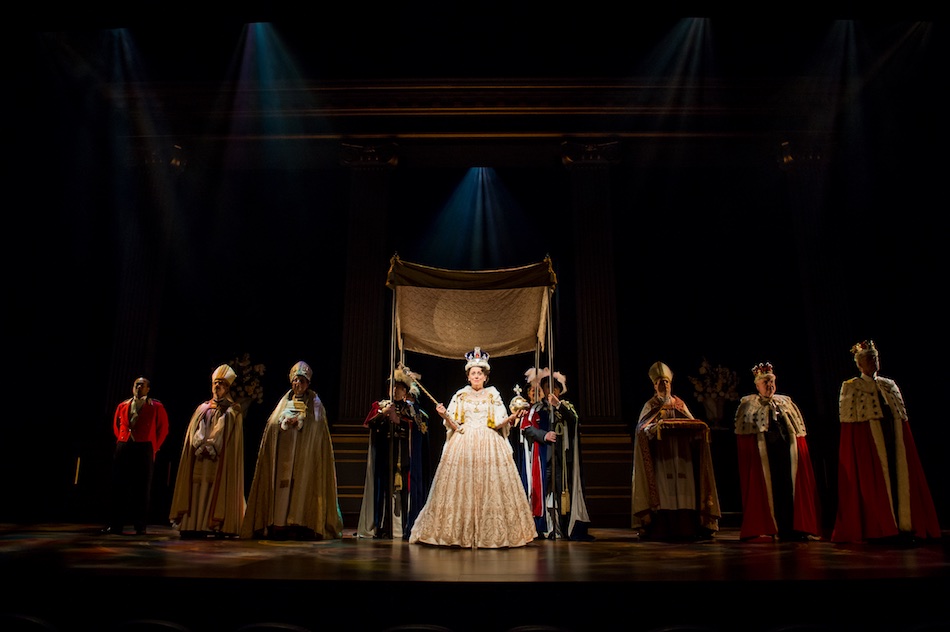 The cast of ‘The Audience,’ on now through December 17. (DYLAN HEWLETT PHOTO)

Stage and screen veteran Fiona Reid is masterful as Elizabeth II, somehow able to span a sixty-year-plus reign and play the part precisely to the era every time. Most of the costume changes happen right on stage, including her wig, and although the makeup doesn’t change, Reid is able to carry herself in such a way that when she needs you to see her as older, you do.

It’s easy to distance ourselves from the Queen and the royals because they have so little impact on our lives, but The Audience makes Elizabeth a real human. She has flashbacks to when she was a girl and just learning the basics of being a future monarch. She has slip-ups and reveals gossip (like which political figures Prince Phillip doesn’t like) and she isn’t afraid to show emotion while still conducting herself as a public figure. Reid makes you truly believe that Elizabeth thinks she exists to improve the lives of the people in the Commonwealth. And she gets you on her side. 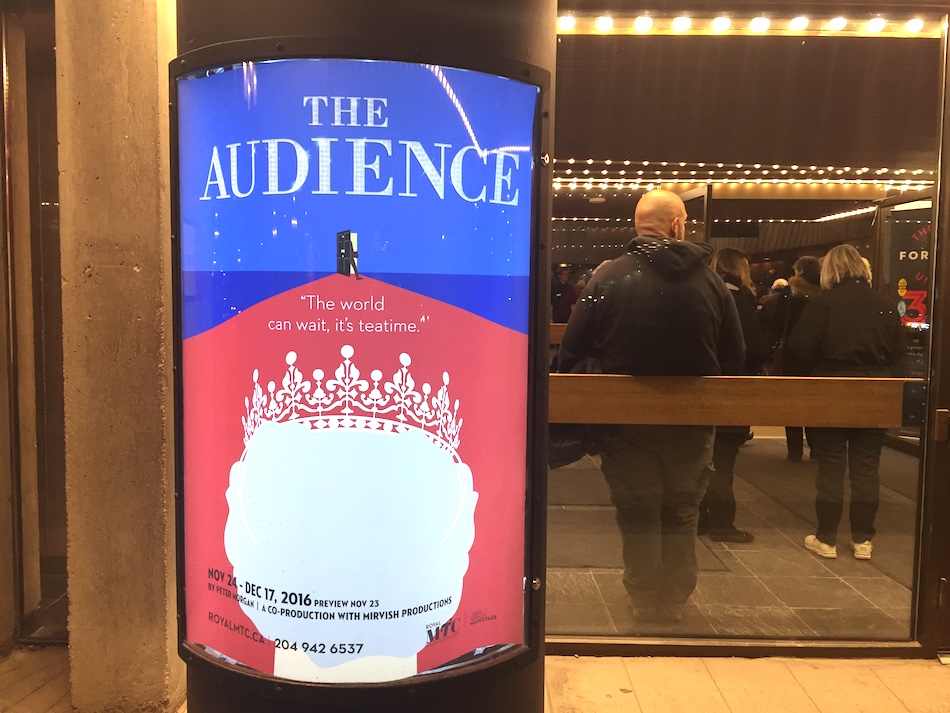 The only thing that bothered me about this production was that I anticipated the Queen to be more soft spoken than Reid portrayed her, and even when she was elderly, she had the same voice as during her coronation. Perhaps I’m just confusing this with other portrayals that I’ve seen, but hearing her as a bold-voiced lady threw me off.

Those who aren’t interested in the monarchy, politics, or history might want to stay away from this one, since the lack of action is made up in intense, rich dialogue. The performances — particularly from Reid, Nigel Bennett as Harold Wilson, and Kate Hennig as Margaret Thatcher — will keep you leaning in as you witness history (or at least, what could have been) unfold.

The Audience runs until December 17 at the John Hirsch Mainstage. For ticket information, visit RoyalMTC.ca.