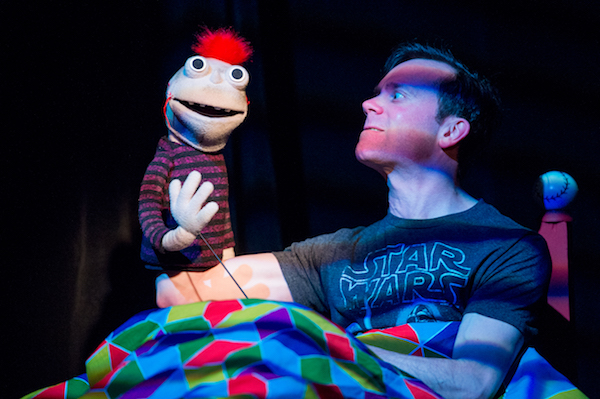 WINNIPEG — Jason Stevens sits on the swings in a striped shirt and red backpack. He tries to impress the girl he likes, Jessica, by performing a classic Abbott and Costello routine with his sock puppet, Tyrone. It all goes well, until Tyrone tells Jessica that she’s stupid and that Jason spends late nights touching himself and thinking about her.

So, no, “Hand to God” probably isn’t a play for your grandma.

The Royal Manitoba Theatre Centre is presenting Hand to God this winter after its respective runs in London and on Broadway, where it made headlines when an audience member tried to charge their phone through the stage set’s fake power outlet.

As one of the malcontent teens in his mom’s Christian puppet ministry, Jason tries to be a
good son. But his foul-mouthed sock puppet Tyrone has other ideas. As Tyrone gets
increasingly aggressive, Jason finds himself in a battle for his soul.

“It’s a real story, sort of built like a Greek tragedy. It’s not shaped like a comedy,” said Tom Keenan, who plays Jason and Tyrone simultaneously. “There’s lots of outrageous humour, although there are some horrific moments. It’s not for the faint of heart.” 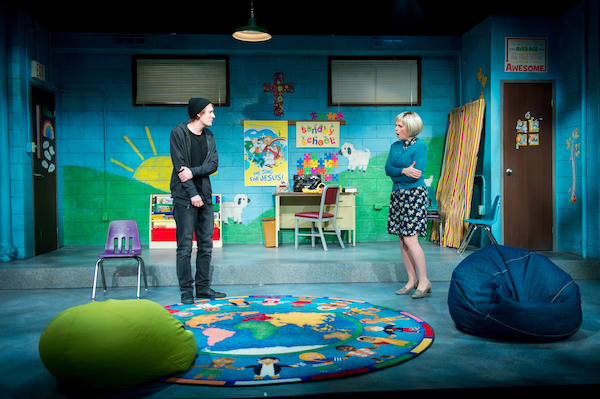 Keenan said Hand to God is the most challenging thing he’s done as an actor so far. Part of it is attributed to controlling a puppet, but he also said “everything’s very extreme. It’s exhausting but invigorating. The reality of the scenes is quite dark.”

Hand to God isn’t all thunder and lightning, though. “The story has a real heart to it,” said Keenan. “The characters want badly to love each other, and Tyrone helps expose the impediments. He’s the antagonist, but he’s there for a reason.”

Keenan changes his voice when Tyrone is speaking (which is hard on his voice, he said — another reason why it’s challenging), and although he might seem like a friendly Sesame Street-like companion, you shouldn’t get comfortable with him. There are five different Tyrone puppets, each more “grotesque” than the last, said Keenan, and they use them when the story calls for them.

“This show is good for anybody who wants a release,” said Keenan. “It’s meant to take down people’s barriers, and the play does this with outrageousness.”

Hand to God opens tonight, January 26, at the Tom Hendry Warehouse and runs until February 11. Tickets start at $22, but if you sign up for Royal MTC’s Theatre Under 30 program, you can get tickets starting at $19.50. For more information, visit RoyalMTC.ca.