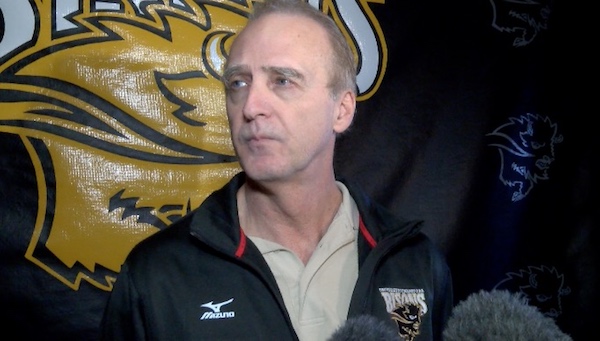 Pischke, in his 35th season at Manitoba, guided the Bisons to a 21-3 conference regular season record in 2016-17 and finish first in Canada West plus ranked number one in the country for four weeks.

“His record is unparalleled in university volleyball and he continues to drive the success of our program,” said Gene Muller, Bisons director of athletics and recreation.

“He achieved the milestone of 1300 overall wins as a Bison coach this season and led the Bisons team to a 20 game win streak in conference league play.

Pischke will be at the helm this weekend when the Bisons host the Canada West Final Four on Friday and Saturday following their trip to the nationals next weekend.

The Bisons will play the first match on Friday, March 10 at 6:30 p.m. against the UBC Thunderbirds with the winner playing for the gold medal and a conference championship Saturday, March 10. Tickets are available at the door.