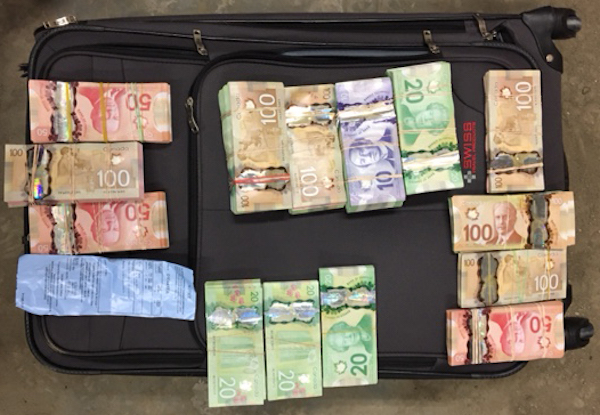 A speeding vehicle drew the attention of Manitoba RCMP last week and ended up costing the three individuals inside.

The 2017 Dodge Durango was spotted at around 1 p.m. on March 2 travelling 150 km/h on the Trans-Canada Highway west of Carberry.

RCMP pulled the SUV over and found a small quantity of marijuana inside and more than $200,000 in cash.

“Attempting to transport proceeds of crime on our roadways is a costly proposition,” said Inspector Ed Moreland, officer in charge of traffic services in Manitoba.

“Proceeds gained from criminal acts have no safe passage in Manitoba as we will enforce the laws to the fullest extent.”