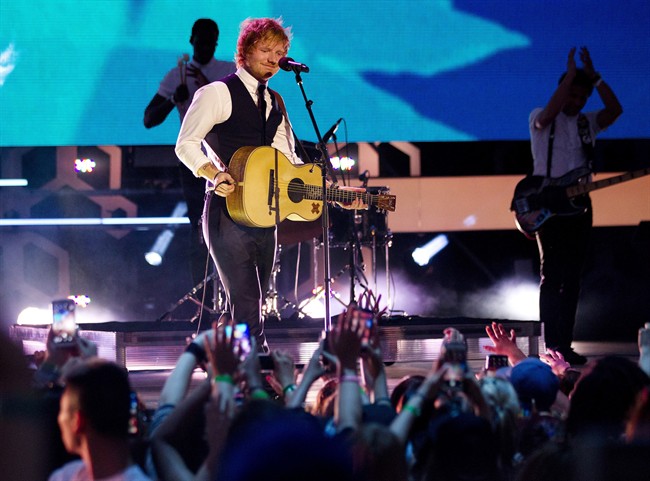 Ed Sheeran sings at the 2015 Much Music Video Awards in Toronto on Sunday, June 21, 2015. (THE CANADIAN PRESS/Chris Young)

Ed Sheeran is returning to Winnipeg this summer.

The English singer-songwriter has announced his North American tour, with a stop at MTS Centre on Saturday, July 22.