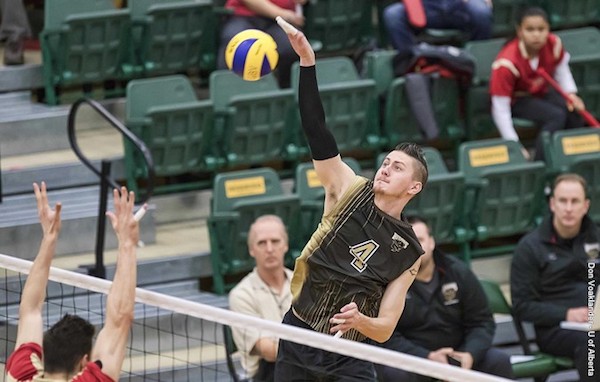 The Manitoba Bison men’s volleyball wound up in fifth place over the weekend at the U SPORTS Men’s Volleyball Championship in Edmonton.

“We made the most of it. You never want to lose the last game of the season,” said Bison captain Ken Rooney. “We went out and had some fun and this was the last time playing together and it was nice getting a ‘W’.”

The Bisons went into the championship weekend as the second seed, holding a regular season record of 21-3.

“It means a lot knowing we only lost to one team this week and they might win the nationals,” said Bison head coach Garth Pischke. “We didn’t get a chance to play for a medal but lots of pride playing hard the last two matches and the team showed real character in winning the final two matches.”

This was the first time the Bisons had qualified for the U SPORTS championship since the 2011-12 season and Manitoba was seeking a record 11th national championship in the program’s history.