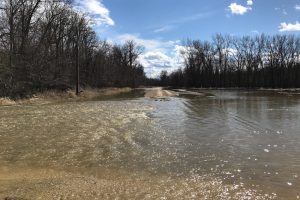 Flood evacuees from Waywayseecappo First Nation have returned home after being forced out due to rising water earlier this month.

The family of four had been staying in Russell, Manitoba but were able to check out on Monday.

The Canadian Red Cross is still supporting more than 435 evacuees from five different Manitoba First Nations who are out of their homes due to flooding and ice-jamming. The Red Cross, on behalf of the federal government, provides lodging, food, other essential items and support for the evacuees.

While a small number of evacuees are staying with family and friends, the majority are in hotels.