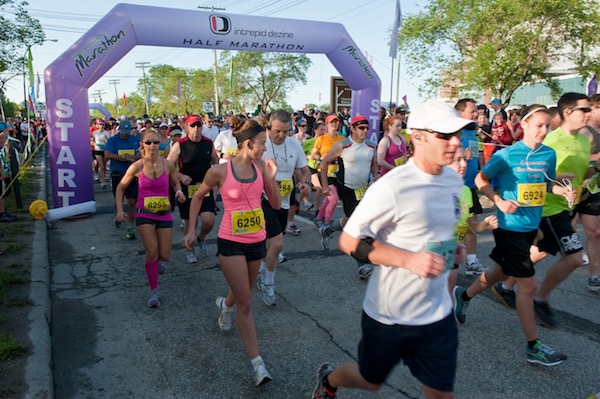 Runners take off from starting line at the Manitoba Marathon in this 2012 file photo. (TED GRANT / CHRISD.CA FILE)

Motorists can expect some roadways to be closed on Sunday for the 2017 Manitoba Marathon.

The city suggests motorists use Kenaston Boulevard as an alternate route.

Intersecting roads along Harrow Street, such as Corydon Avenue, Grant Avenue, and Taylor Avenue will also be impacted. Traffic will be maintained at these intersections by Winnipeg police, however traffic will only be allowed to cross when gaps between runners allow.

Winnipeg Transit will re-route buses operating in the vicinity of the Manitoba Marathon.