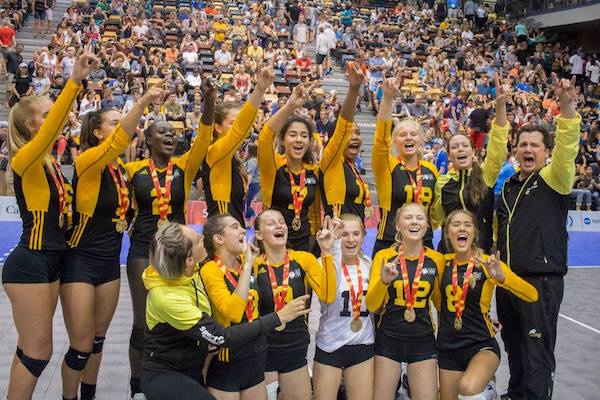 Winnipeg rolled up its welcome mat as more than 2,000 Canada Summer Games athletes, coaches and their families departed on Sunday.

The two-week competition came in two waves, with the first group of athletes arriving in late July. The closing ceremonies Sunday afternoon at Investors Group Field officially closed out the “Hottest Summer in Half of a Century.”

“Throughout the Games athletes inspired us with their talent, spirit and the sheer joy they brought to the task of competing and sharing this experience with fellow athletes from around the country,” said Hubert Mesman, co-chair of the Host Society.

“Their grace under pressure speaks to their character and leadership potential while their performances here have inspired and moved us! We wish them continued success in both their athletic careers and life aspirations.”

Because of higher passenger volumes passing through James Richardson International Airport today, officials are asking travellers to check for any delays by visiting WAA.ca or following @YWGairport on Twitter.

Perennial favourite Fred Penner and Manitoba’s own Sierra Noble are among the local artists who shared the stage with Alberta’s country music sensation Brett Kissel for the “Grand Summer Party” celebration at IGF.

Maddy Mitchell, who won five medals in canoe kayak during the Games, represented Manitoba as flag bearer during the ceremony.