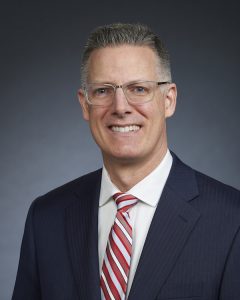 WINNIPEG — The RBC Convention Centre has named new a president and CEO with a wealth of hospitality and tourism industry experience.

Drew Fisher will take over in the top role in March after longtime leader Klaus Lahr retires after 25 years at the helm.

Fisher has most recently served as the general manager of the Fairmont Winnipeg for over four years and has experience at a number of other Fairmont properties across the country.

“We are pleased to welcome Drew to the convention centre organization,” said board chair Crystal Laborero.

“We held an extensive and thorough search and considered over 80 local to international candidates. We are quite confident that we have selected the best person for the position.”

Lahr will work with Fisher until early May during a transition period.