Winnipeg Goldeyes Crack a Cold One with Local Breweries 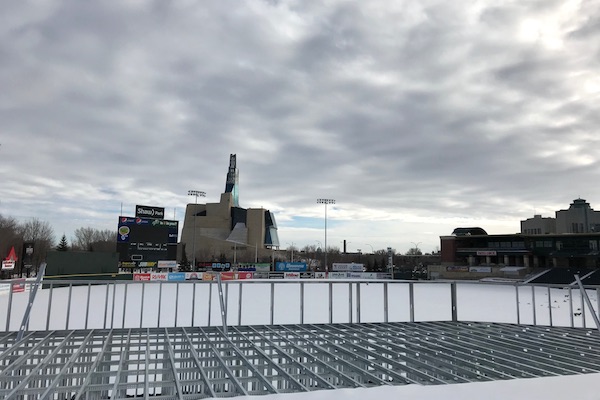 The Winnipeg Goldeyes are pouring support for Manitoba-based breweries by dedicating a new deck at Shaw Pack completely to local brew.

Called Craft Beer Corner, the baseball club has entered into a partnership with a handful of breweries to highlight their beer during game days this season.

The 1,400-square-foot deck will extend from the main concourse across the top of sections A and B down the left field line.

“We are very excited to provide our fans with the fantastic beer that Manitoba’s craft brewery scene has to offer. The new space will serve as a great meeting place fans can visit while enjoying a game.”

Six taps will be featured during the 2018 season, with two of those dedicated to a rotating list of five Manitoba breweries, including One Great City Brewing Co., Little Brown Jug, Barn Hammer Brewing Company, Torque Brewery, and Farmery Estate Brewery. The other four will include Mill Street Organic and Goose Island from Labatt Breweries. Winnipeg-based Fort Garry Brewing Company, which has produced the Goldeyes’ official “Angry Fish” Pilsner since 2012, will also serve from two taps during the season.