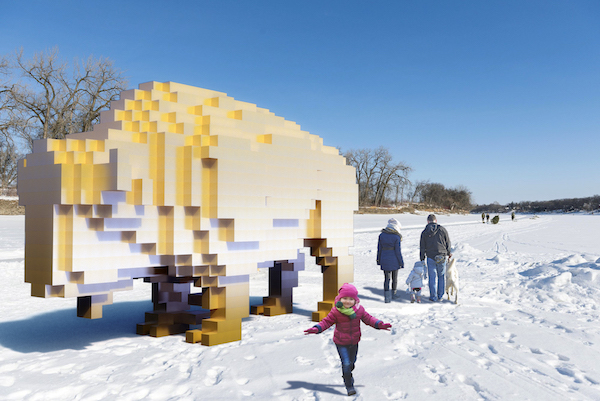 The Golden Bison warming hut from the 2018 competition. (THE FORKS / FILE)

WINNIPEG — Entries are open for the 2019 warming huts competition at The Forks.

Architects and design teams are being invited to submit their proposals to the Warming Huts: An Art + Architecture Competition on Ice.

Since 2009, the competition has seen entries from around the world and made for head-turning structures on the frozen Red and Assiniboine rivers in downtown Winnipeg.

The deadline for entries is October 2, 2018 at 2 p.m. The winners will be announced in early November and teams will travel to Winnipeg for a building blitz January 23-27.