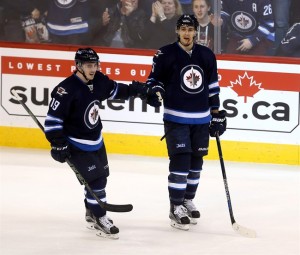 Forward Nic Petan is returning to the Winnipeg Jets as part of a one-year, two-way deal announced Wednesday.

Petan played in 15 games for the Jets last year where he had a pair of goals along with six penalty minutes. He also played 52 games for the AHL’s Manitoba Moose and recorded 52 points (15G, 37A) and 24 PIMs in the regular season.

Petan was drafted by the Jets in the second round (43rd overall) in the 2013 NHL Draft.