Spirit of Ukraine Pavilion: A Celebration of Ivana Kupala 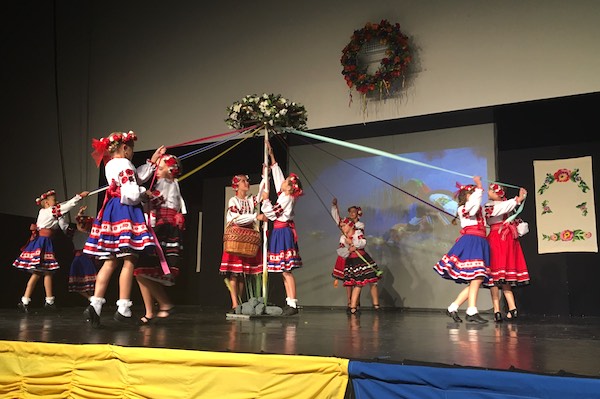 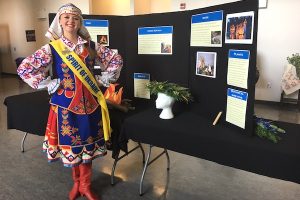 In its seventh year as a pavilion at Folklorama, organizers of Spirit of Ukraine chose to celebrate the Ukrainian holiday of Ivana Kupala.

It originally started as an age-old pagan holiday during the summer solstice with many aspects revolving around water, fire and greenery.

“The cultural displays we have are focused on the traditions of Ivana Kupala, as are some of the dances,” said pavilion coordinator Scott Gordon.

One dance depicts girls floating wreaths of flowers with candles on a makeshift river which is cleverly made out of a long piece of blue plastic pulled across the stage as they wave goodbye to them in an attempt to gain foresight into their relationship fortunes.

As expected, the performances by Winnipeg’s Zoloto Ukrainian Dance Ensemble & Company dressed in stunning costumes from Ukraine are lively (and made this former Ukrainian dancers toes tap non-stop). Accompanied by music courtesy of local band Kalyna, the high energy jumps, spins and intricate steps will be on the menu for the whole week.

“They are going to be performing with this level of intensity for over 20 shows, but they love it,” said Gordon shortly after the dancers wrapped up the show with the very popular Hopak. 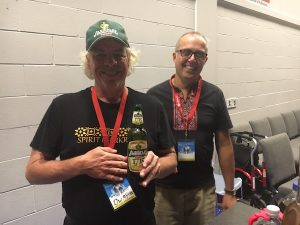 Also, expect some audience participation as Kalyna will teach you to sing a traditional song as the dancers take a quick costume break.

As for the menu, Perogy Planet offers up the traditional favourites such as supple perogies, tangy cabbage rolls and tasty kubasa which all paired well with a nice cold “Lvivske” (Ukrainian beer).

The venue: Soul Sanctuary, 2025 Chevrier Boulevard, is air-conditioned. There is also an ATM on site in case you forgot to bring cash.

Traffic notes: There is a lot of construction along Chevrier Boulevard between Pembina Highway and Waverley Street. Make your route to the location off of Waverley. There is ample parking.

Folklorama is on now until August 18. Visit Folklorama.ca for further information.