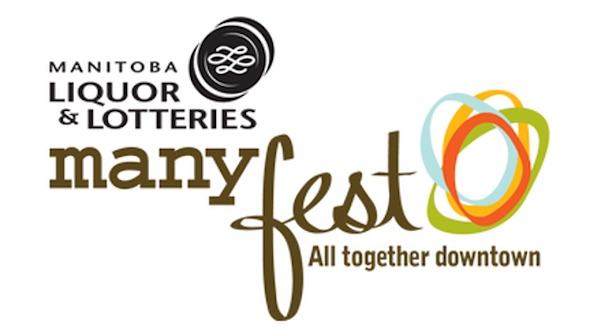 It’s the biggest street party in downtown Winnipeg and it’s back for another year.

The 8th annual ManyFest returns September 7-9, energizing Broadway and Memorial with an array of food, entertainment, arts, and an all-around good time.

“ManyFest is truly a community festival bringing people together, downtown, from all corners of the city to enjoy Broadway, its rich history and a weekend filled with musicians, artisans, and fun activities,” says Stefano Grande, CEO of the Downtown Winnipeg BIZ.

This year’s ManyFest is being assisted by True North Sports + Entertainment and Smith Events — the two organizing parties behind the successful Whiteout Street Parties during the Winnipeg Jets’ playoff run last season.

Highlights of the festival include the always popular Food Truck Wars, drawing more than 40 food trucks downtown to compete for the best grub in the city. Don’t forget to bring your appetite for this one!

The annual farmers’ and artisan market is being produced this year by Third + Bird, known for hosting Winnipeg’s largest urban markets. The city’s most talented makers will be selling their wares to the masses over a three-day period. Plus, it never hurts to shop local.

Lake of the Woods Brewing Company is coming in from Kenora to host the Lakeside Lounge, which will serve refreshments to pair up with tasty selections from the nearby food trucks.

Of course, you can’t forget about the music! The Winnipeg Folk Festival stage will be bumping, featuring up-and-coming artists from its young performers’ program. Additional entertainment will include multiple DJs, The Wind-Ups and a reunion performance from the Boogie Knights Band, plus a CFL Banjo Bowl after-party, taking place in the Lakeside Lounge on Saturday evening. Wondershows is bringing the midway that sparkles on Broadway all weekend long. Movies in the Park will also return, where double features are scheduled for both Friday and Saturday night.

Friday night will see the addition of the Electric Donkey Run, with DJs, lights, music to bring racers and dancers to five party zones along a five-kilometre route, ending back at the ManyFest site. Sunday morning is reserved for the classic Running Room Winnipeg 10 + 10 Race.

Over at the nearby Manitoba legislature, MEVAfest — the prairie’s most popular electric vehicle festival — will be showcasing rides on the legislative grounds.

ChrisD.ca is once again proud to be a media sponsor of this year’s ManyFest.